On 5 November 2021, the ROBOMINERS project is organising a webinar on locomotion and navigation in harsh environments.

How can a robot move in an underground mine, inside an artificial pipe or in a moon’s lava tube? Such extreme environments pose unique challenges and demand specially tailored solutions. In this webinar, we will discuss the challenges and solutions for robotic navigation and locomotion in harsh environments (underwater, on sandy and muddy terrains underground, etc.). Experts from cutting-edge research projects in these fields will talk about their current work, and will share the solutions being developed to keep robots moving in such strange surroundings. 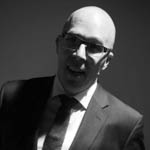 Dr Jussi Aaltonen (D.Sc Eng.)  is the research manager in Mechatronics Research Group (MRG) of Tampere University (TAU) in Finland. He has been working in university research since early 2000’s and has also strong industrial background. His research interests are aircraft engineering, autonomous systems and general mechatronics engineering. 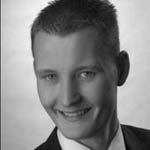 Alexander Dettmann received his Diploma in Electrical Engineering from the University of Cooperative Education Ravensburg in 2007. In 2009, he received his M.Sc. in Systems Engineering from the University of Bremen and started his work at DFKI. Since then, he is and was involved in several space related projects as researcher at DFKI and University of Bremen. Alexander’s main interest is in autonomous and mobile exploration robots, thus participated in the design and control of legged robots, e.g., SpaceClimber, CREX, Charlie, and Mantis, and hybrid rover systems such as Sherpa and Coyote. In 2021, he finished his PhD on experienced-based behavior adaptation of kinematically complex robots. He is currently leading the Space Robotics team at DFKI as well as the European project CoRob-X and the ESA project ANT. 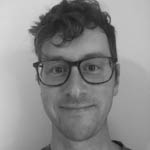 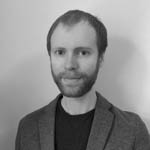 Nick is a Research Fellow in the Design and Fabrication of Small Inspection Robots at the University of Leeds. He holds a MEng degree in Automotive Engineering and previously worked for three years in the Oil and Gas industry developing subsea oilfield equipment. Through his PhD, he developed a novel modular continuum segment for use in a general purpose manipulator. He previously worked as a Research Fellow developing a miniature inspection robot for 2” pipes to detect and classify radioactive contaminants. 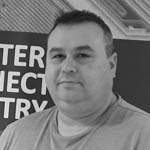 PhD from the Carlos III University of Madrid (UC3M) in Electrical, Electronic and Automation Engineering since 2012. Associate Professor since 2019 in the Department of Systems Engineering and Automation and member of the RoboticsLab research group since 2005. During this period, he has participated in more than 40 competitive research projects, both national and European. The main research topics are construction robotics and humanoid robotics. In the field of construction robotics, he has performed a continuous research activity since 2005, starting with his participation in the FP6 EU ManuBuild project (2005) to his recent participation in the European project HORIZON 2020 BADGER as Technical Coordinator (project coordinated by UC3M).

The organiser of this event (ROBOMINERS project) is collecting the data you have provided for the registration to the webinar on “Novel concepts in mechatronics & industrial robotics in mining” on 5 November 2021.

Your personal data are processed in accordance with the General Data Protection Regulation (EU) 2016/679.

The following personal data are collected: email address, first name, last name and the professional affiliation (optional). In the registration form, we also ask attendees if they would like to receive information about future ROBOMINERS events.

The recipients of your data will be the staff of the European Federation of Geologists (EFG) in charge of the event organisation. Your data will not be shared with third parties and will not be used for other purposes than providing access to the event and informing interested persons about follow-up activities.

ROBOMINERS Twinning Clustering Event – 18 November 2021
Scroll to top
We use cookies on our website to give you the most relevant experience by remembering your preferences and repeat visits. By clicking “Accept All”, you consent to the use of ALL the cookies. However, you may visit "Cookie Settings" to provide a controlled consent.
Cookie SettingsAccept All
Manage consent