On 18 February 2021, the ROBOMINERS project is organising a webinar on “Small and very-small scale robotic mining: deposit types and opportunities for Europe”.

The aim of this virtual event is to:

15:10 – From the discovery of a deposit until the opening of a mine – Edmund Sides, PERC

15:40 – Contributions of the ROBOMINERS technology to resuming operations in abandoned mines where the application of conventional technologies is not relevant – Steve Henley, RCI 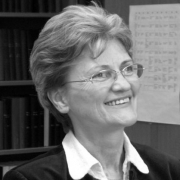 Éva Hartai is a geologist, MSc from Eötvös Loránd University, Budapest, PhD from Technical University Kosice, Slovakia. EurGeol titleholder since 2009. Her research area is ore geology and mineral resources, she has more than 80 scientific publications. Éva has more than 40 years of teaching experience leading courses in physical geology, environmental geology and mineral deposits. She was the editor-in-chief of the European Geologist journal for nine years and coordinator of EFG Panel of Experts Education for eight years. Eva has taken part in several EU-funded and national projects as coordinator or work package leader.

José Branco is an exploration geologist with over 30 years of international experience in mineral exploration and project management in Portugal, Spain and Romania. He was actively involved in the assessment of new exploration opportunities and New Business Development mainly for Rio Narcea and Lundin on new project acquisition/JV’s in South America and Africa. He participated in the exploration discovery of one gold deposit (Portugal) and two base-metal VHMS (Spain and Portugal) deposits. He leads new business development and technical support processes for a boutique consulting firm specialising in mineral exploration, including providing support for clients in technical, legal, administrative, business facilitation, and engineering geology. 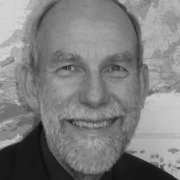 Edmund (Ed) Sides is a resource geologist who graduated in Geology from Trinity College Dublin, Ireland and subsequently obtained MSc (Mineral Exploration) and PhD degrees from Imperial College, London. For most of his forty-year career he has worked in the mining industry, initially as an exploration geologist, and subsequently as a resource geologist and consultant. He has also spent some time working in education and training.  Since 2014 he has been a member of the Pan-European Reserves and Resources Reporting Committee (PERC) and since 2018 he has been PERC secretary in May 2018 and PERC’s second representative on the Committee For Mineral Reserves International Reporting Standards (CRIRSCO). 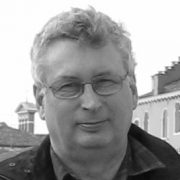 Dr Stephen Henley is a geologist with both public and private sector experience. After 10-years post-doctoral work with geological surveys in Australia and the UK, he co-founded the Datamine group in 1981, growing it to a market-leading international provider of geological modelling and mine planning software. In 1993 he left Datamine, to provide independent consultancy and contract research services. This included a year at CSIRO in Western Australia, and several years acting as independent geological adviser to the board of Petropavlovsk plc, one of Russia’s larger gold-mining companies. He has been a member of PERC (setting standards for reserves and resource reporting in Europe) since 2007, and also served on CRIRSCO for several years. He is now a participant in EU projects developing robotic applications for the minerals industry, and is current president of the International Raw Materials Observatory (INTRAW).

The organiser of this event (ROBOMINERS project) is collecting the data you have provided for the registration to the webinar on “Small and very-small scale robotic mining: deposit types and opportunities for Europe” on 18 February 2021.

Your personal data are processed in accordance with the General Data Protection Regulation (EU) 2016/679.

The following personal data are collected: email address, first name, last name and the professional affiliation (optional). In the registration form, we also ask attendees if they are interested in participating in an upcoming virtual ROBOMINERS Focus group session about mining and robotics and/or if they would like to receive information about future ROBOMINERS events.

The recipients of your data will be the staff of the European Federation of Geologists (EFG) in charge of the event organisation. Your data will not be shared with third parties and will not be used for other purposes than providing access to the event and informing interested persons about follow-up activities.

Did you miss the ROBOMINERS webinar? Watch the recording!
Scroll to top
We use cookies on our website to give you the most relevant experience by remembering your preferences and repeat visits. By clicking “Accept All”, you consent to the use of ALL the cookies. However, you may visit "Cookie Settings" to provide a controlled consent.
Cookie SettingsAccept All
Manage consent